Keeping up with grape canopy management

The 2018 growing season in Leelanau and Old Mission American Viticultural Areas (AVAs) started seven to 10 days later than normal, delayed by a relatively cool first half of April. Winter storms with unusually high amounts of snow fall was followed by the last spring frost recorded April 29. However, this cool, wet and slow start to the growing season was not a sign or predictor of things to come. In fact, the snow melt increased soil moisture in early spring, which fueled rapid early spring shoot growth.

Growers have delightfully reported most V. vinifera were rapidly proceeding through buckshot and approaching berry touch stage of development during the week of July 4 – 11 and with such dry conditions, disease pressure has been minimal. However, with increased rate of growth or vigor comes increased time and thus potential labor costs required for canopy management to maintain the training system, reduce shoot and fruit shading and improve fruit ripening.

With vigorous, heat-induced shoot growth seen this season, the most important growing season canopy management practices—shoot tucking/position, leaf removal and hedging—become much more labor intensive than seasons with less shoot vigor. To compound the issue, the same heat that increased the rate of shoot growth and in turn canopy management requirements (manual or mechanical) also hastens phenological development of the grape clusters and thus narrows the window of time to effectively manage the canopy.

Failing to effectively manage the canopy, which is based on phenological development, can have negative cascading effects on fruit quality and maturity. For example, growers who produce V. vinifera grapes using a bilateral training system with vertical shoot positioning may find failing to tuck and position shoots timely leads to suboptimal timing of leaf removal, fungicide applications and hedging, all of which have negative impacts on the quality of fruit and wine produced. To avoid a suboptimal leaf removal situation, growers are currently using mechanical leaf removers (see photos below) to save time, labor costs and set the canopy to ripen healthy fruit.

As mentioned earlier, although the conditions have been dry and not favorable to fungal diseases, most V. vinifera grapes in Leelanau and Old Mission AVAs are proceeding rapidly through buckshot and approaching berry touch. This means the window of time is literally closing to apply more effective fungicide sprays that can penetrate around each grape berry before the berry touch and bunch closure stage. Therefore, now is the excellent time review and prepare fungicide applications and vineyard disease control. Many growers attebded a free 2018 Post-bloom Meeting July 13, at the Northwest Michigan Horticulture Research Center.

With a background in host resistance, fungicide resistance and pathogen diagnostics, we are pleased to share that Timothy Miles, the new assistant professor for the Small Fruit Pathology Laboratory at Michigan State University, was scheduled to present information to local growers on fungicides and vineyard disease management. His laboratory is interested in many topics as they relate to small fruit diseases important to Michigan’s fruit industries such as resistant cultivars, and cultural and chemical practices that result in improved disease management. Further interests include pathogen infection, host biochemical defense mechanisms as well as pathogen detection using molecular techniques. 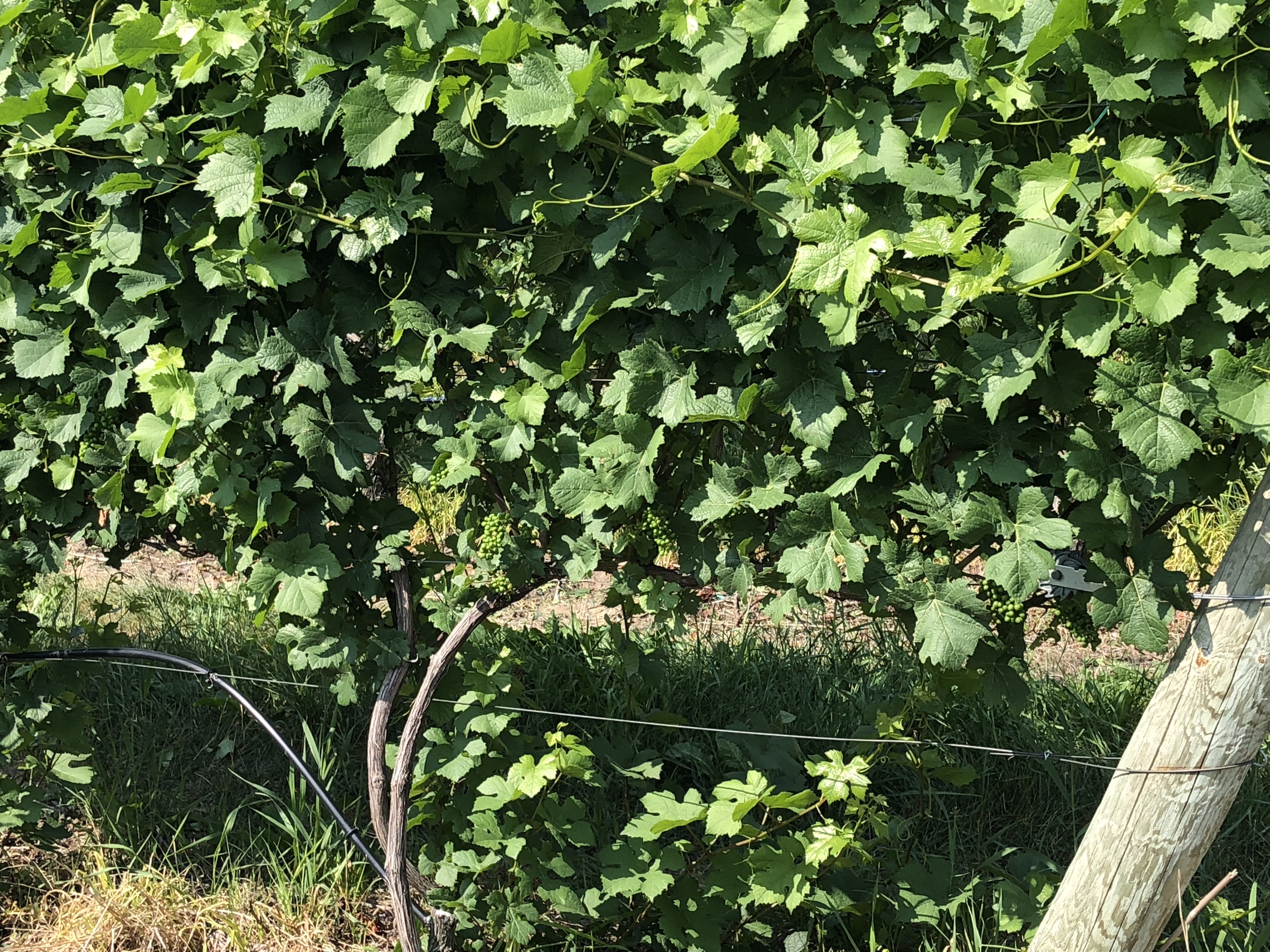 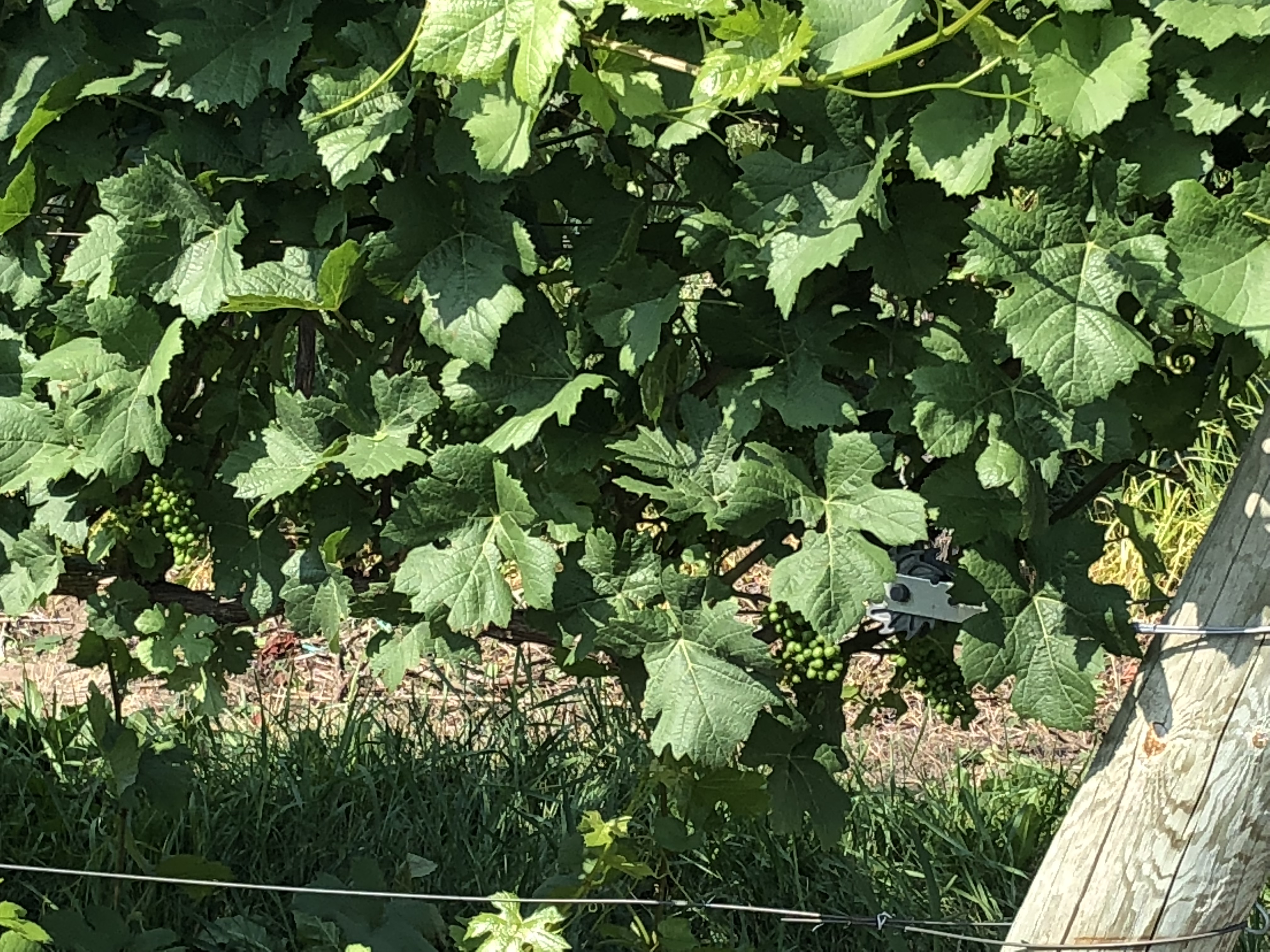 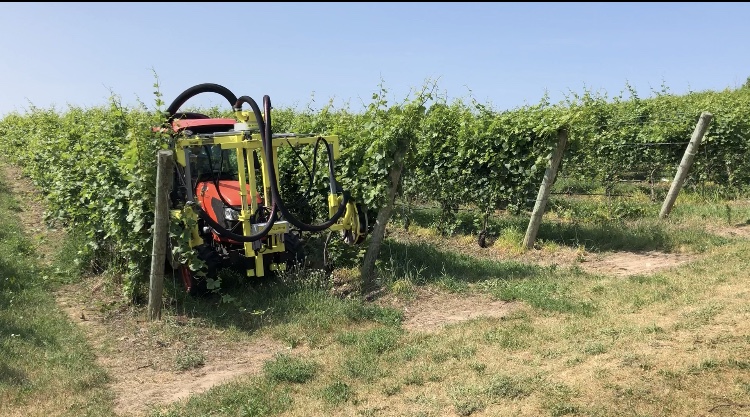 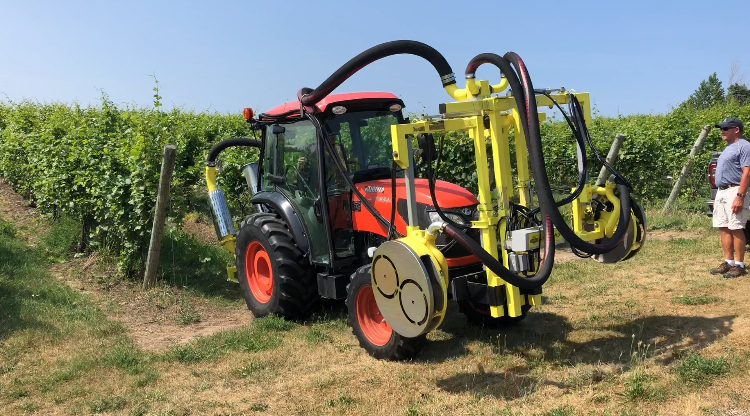 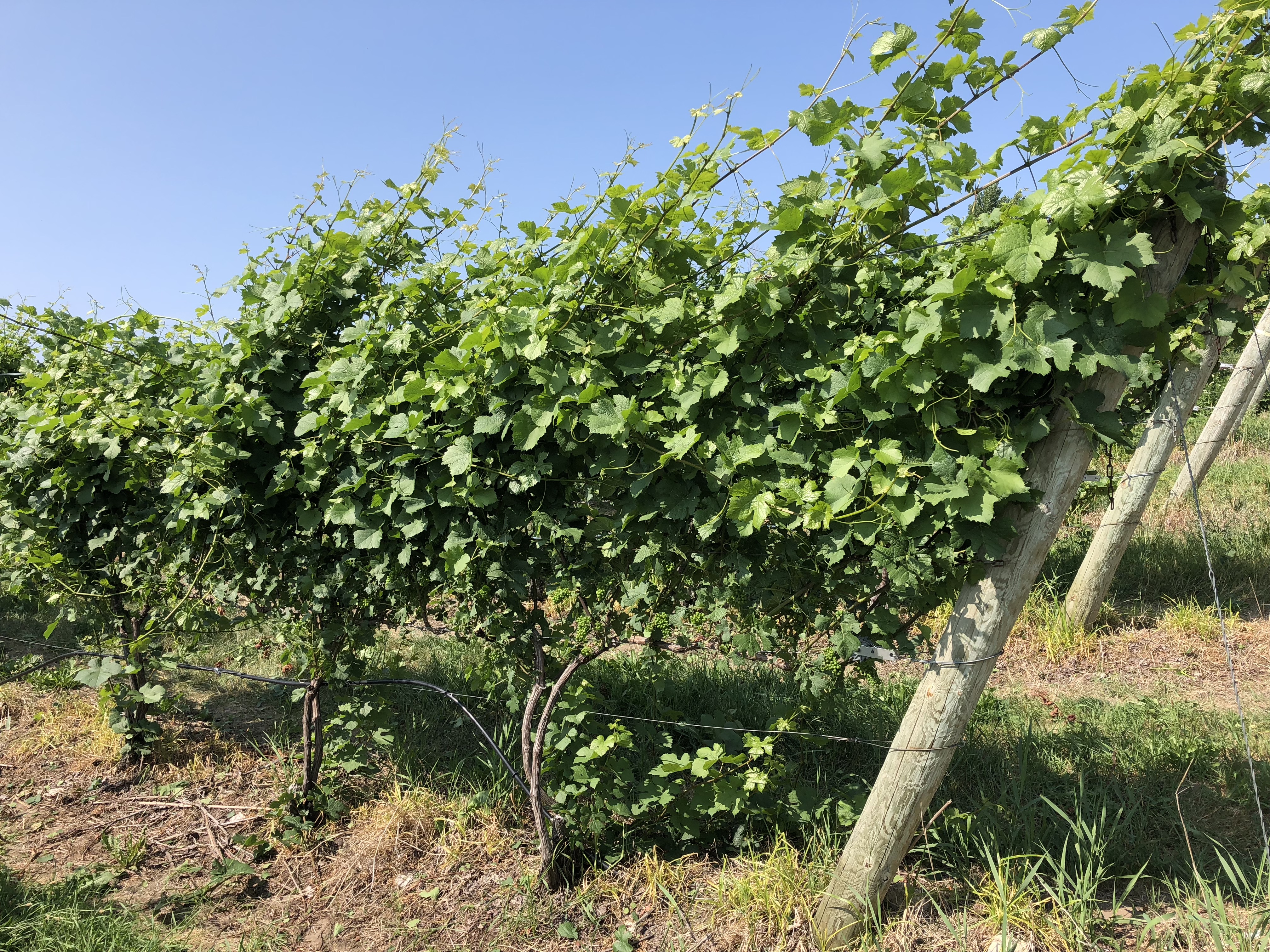 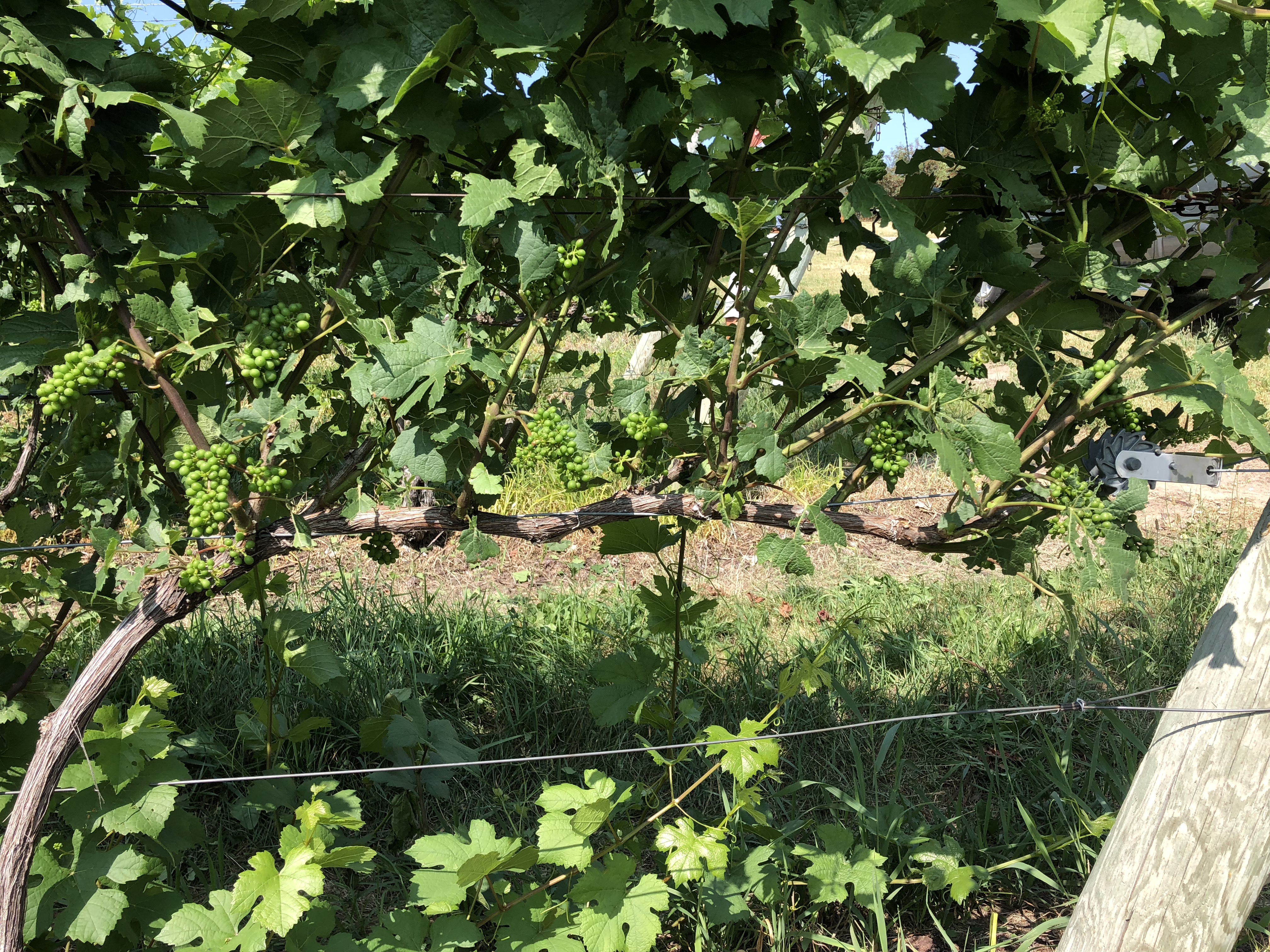 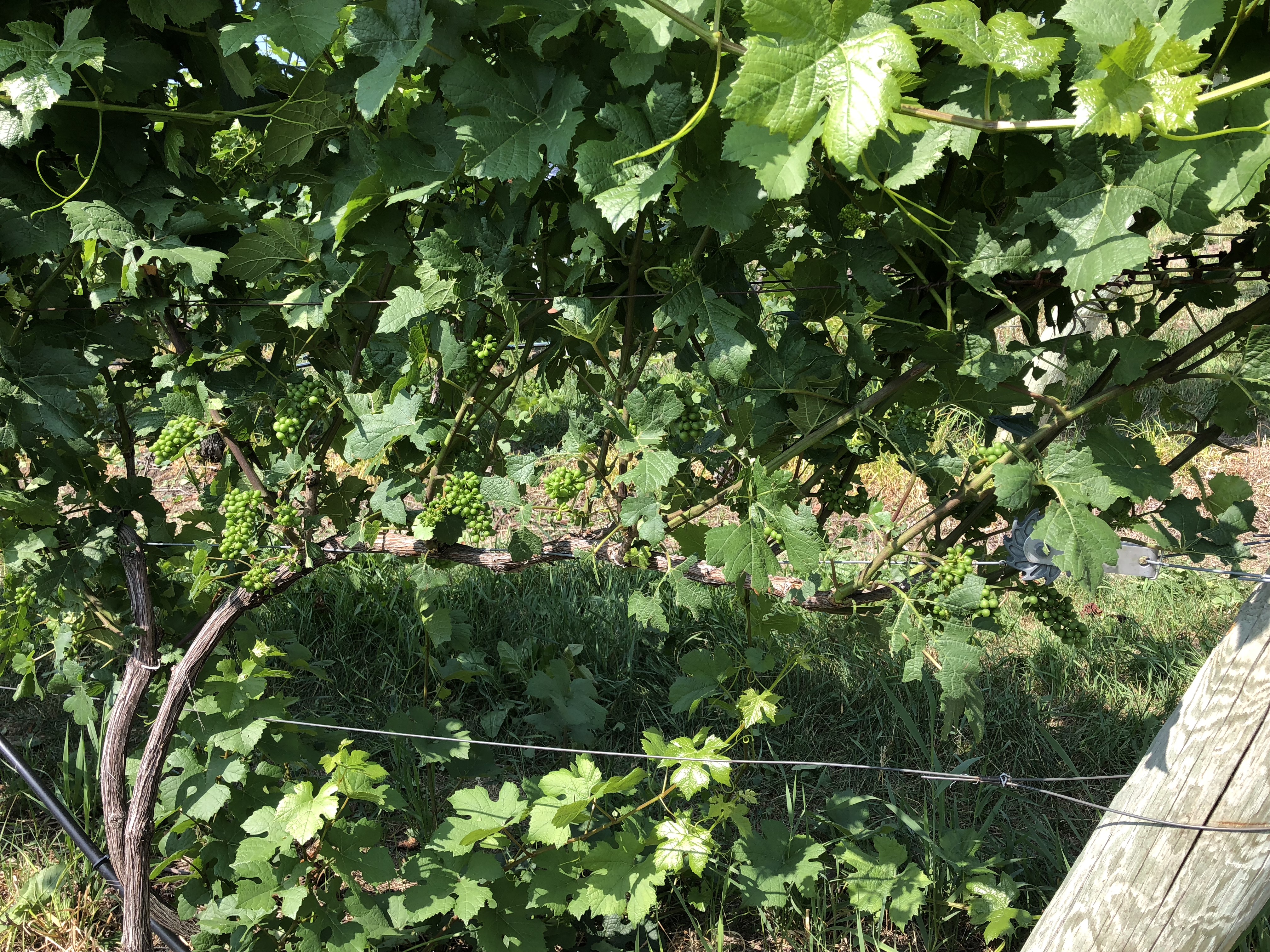