According to new data released by USDA’s Southern Region, Georgia led the nation in blueberry production in 2019 with 21,700 harvested acres. 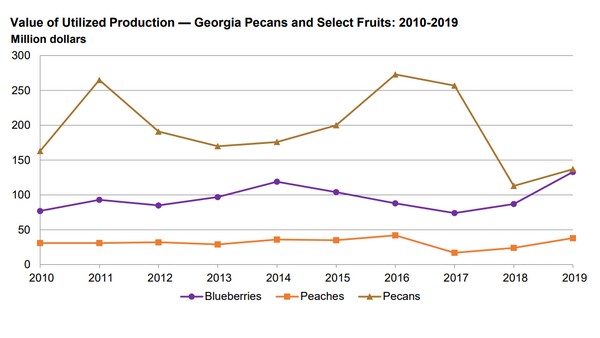 Florida’s utilized production of avocados was up 88% from 2018 and its associated value of production was up 54%. After suffering several years of disease and hurricane damage, yields rebounded in 2019.