The peach breeding program at Clemson University is developing new germplasm with improved characteristics to benefit farmers in the Southeast. Fruit of the advanced selection ‘SC-1’ possesses high tolerance to bacterial spot disease, which has a significant economic impact on peach production in Alabama.

Trees from ‘SC-1’ selection were planted at the Chilton Research and Extension Center (CREC) near Clanton in 2017 to evaluate their vegetative growth, phenological development, cropping potential, and fruit quality characteristics in central Alabama conditions (Figure 1).

The fruit crop of ‘SC-1’ started to mature in second part of May and the trees were harvested on May 28, June 1, June 4, June 8 and June 11 in 2021 (Table 1). ‘SC-1’ fruit appearance is very attractive with almost 100 percent blush cover and slightly elongated fruit shape in comparison with selection ‘SC-2’ (Figure 3).

During early spring of 2021, the extremely low temperatures in mid-February caused a significant damage to developing peach buds in central Alabama (Figure 2). It was observed that early varieties had 35 percent bud survivability, while mid- and late-season cultivars had 28 percent, and 22 percent survivability respectively. In comparison, early season ‘SC-1’ selection had 7 percent live buds, which resulted in a poor cropping this season.

The average yield /tree was 2.7 kg with the highest crop of 4.9 kg/tree harvested on June 4, when the average number of fruit harvested per tree was also the highest. The mean fruit size varied between 195.0 and 207.0 g among harvest dates and was on average 200.6 g for the season. Eating quality was very good as the fruit had juicy, firm flesh. The average sugar content of 10.7 percent indicates fruit was harvested a bit early this year due to the frequent rain events. 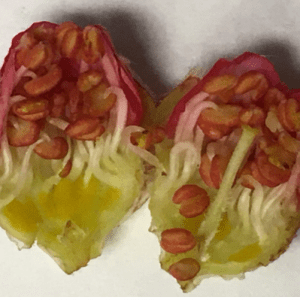 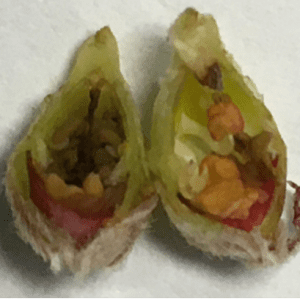 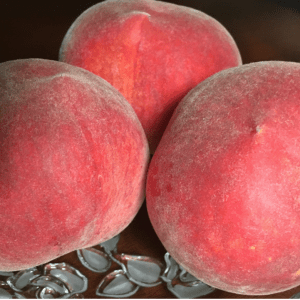