On jan. 17, Washington State University faculty Matthew Whiting and Bernardita Sallato organized an orchard systems tour in conjunction with the annual Cherry Institute meeting.  This tour has always been a showcase of innovative orchard management strategies and a great venue for discussing key concepts in pruning and training.

This stop featured a rootstock trial, with several cultivars (‘Sweetheart’, ‘Early Robin’, and ‘Regina’) on Krymsk 6, Gisela 6 and 5, and the MSU rootstocks Clinton, Lake, Clare and Cass. Trees were planted in 2015, trained to a super slender axe (SSA) architecture in a V-system.  This system is typically established with very high tree densities and is recommended for rootstocks with good vigor control and cultivars that branch well and tend to form many reproductive buds on the base of new shoots.

Key points discussed during the tour: Figure 1.  The super slender axe system at the first stop.  Above –  Sweetheart on Clare, note the spurs and lack of lateral branching on the main leader.  Below –  Sweetheart on Krymsk 5, with excessive vigor in the top of the trees. 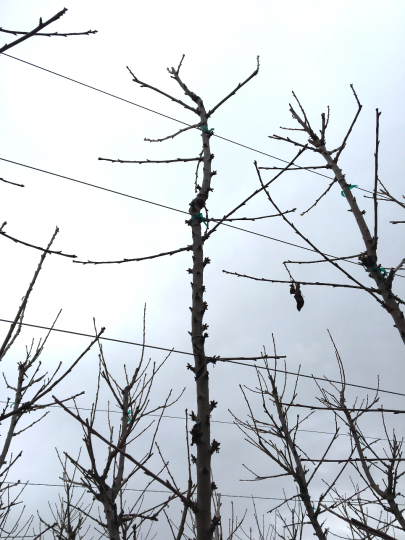 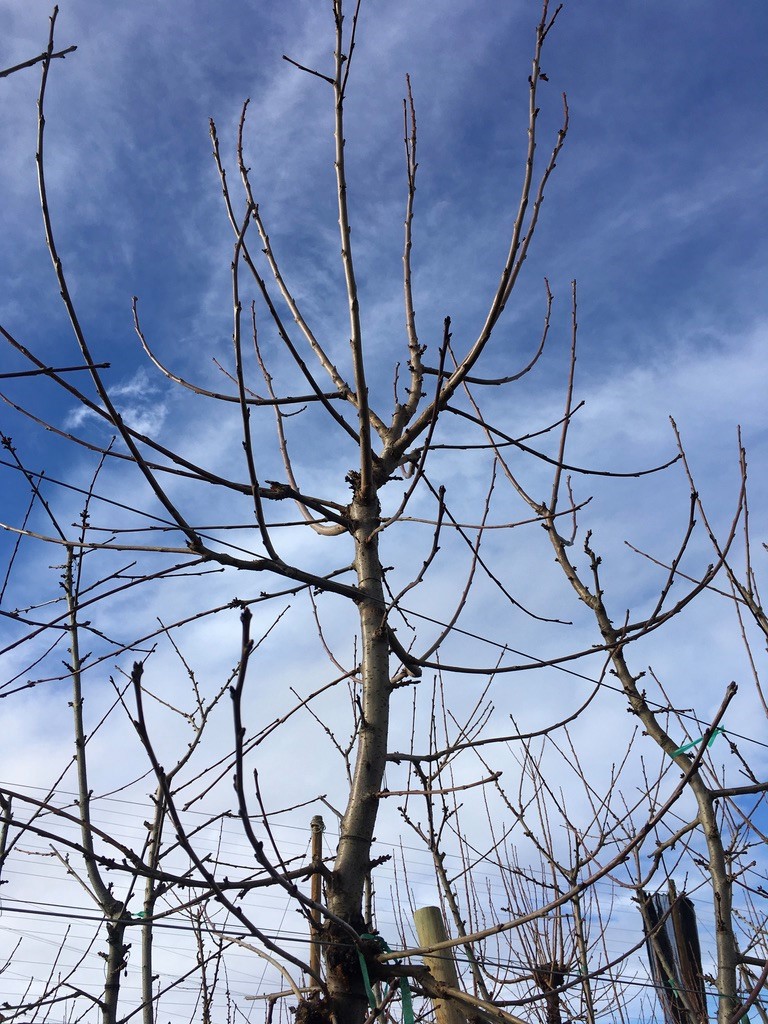 This orchard was a fourth-leaf block of ‘Benton’ on ‘Gisela3’ trained to an upright V with a modified SSA system.  Yield in the previous year was about 2 tons/acre – most of which was borne on spurs on the central leader.

Key points discussed in this block: 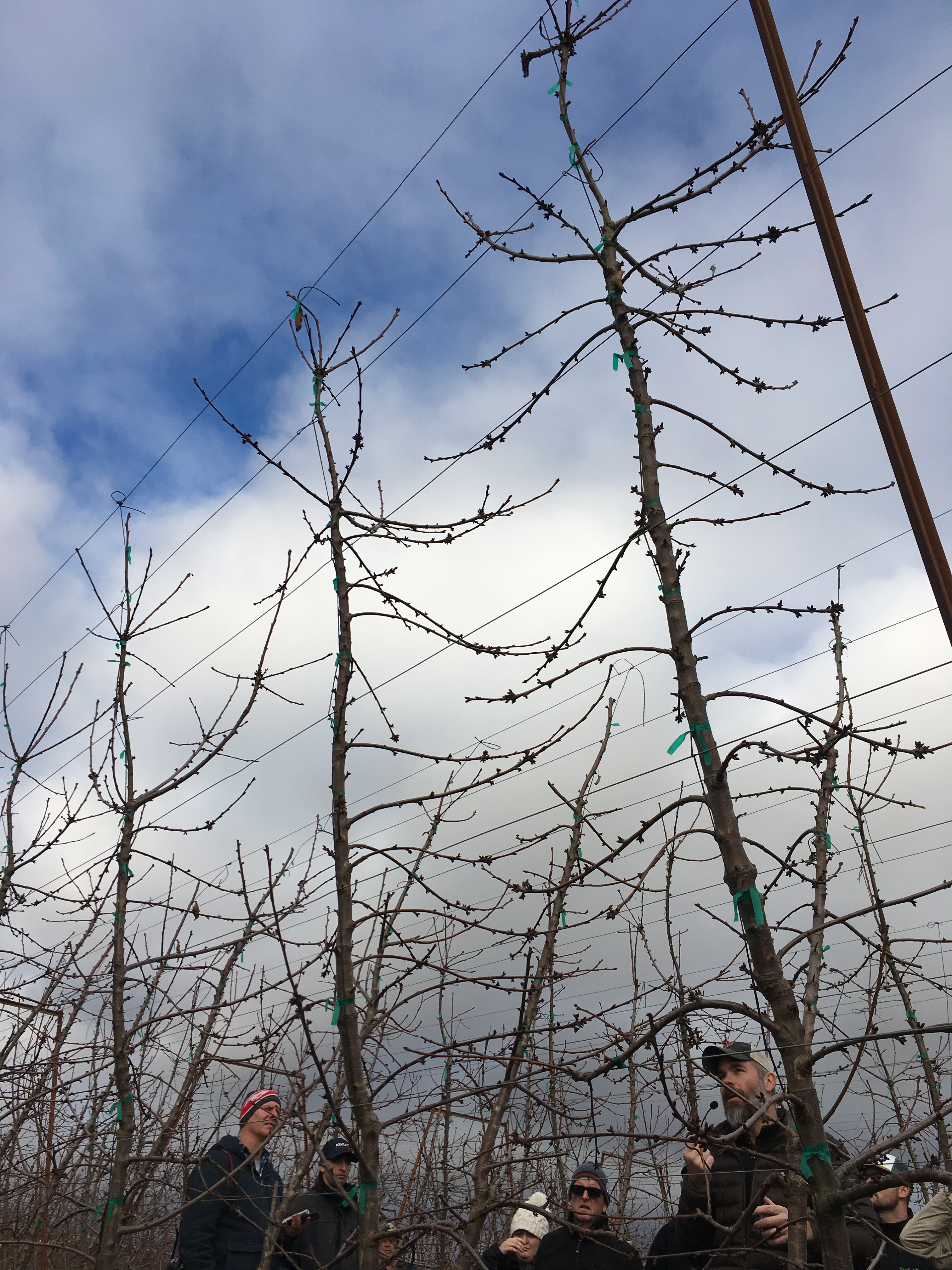 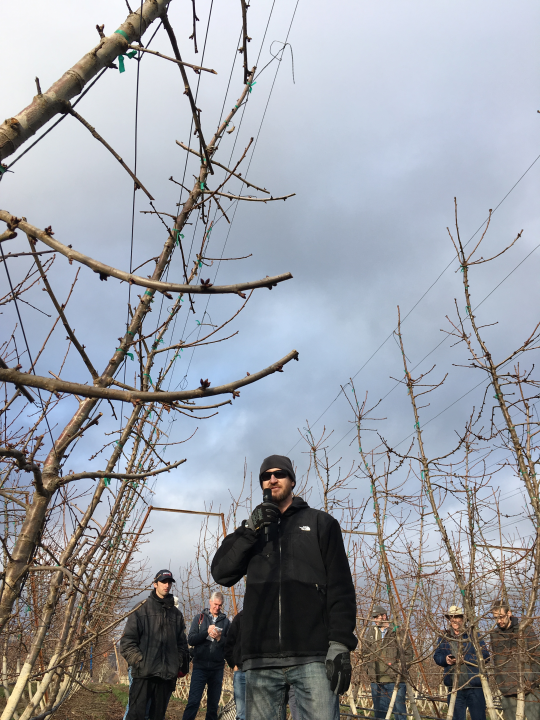 Figure 2.  The modified slender axe system at Zirkle Mattawa Main Ranch.  Above – note the many two-year-old, unpruned lateral shoots with high spur density and weak extension growth. Below – Aran describes the heading cuts made into those two-year-old lateral limbs.

We appreciate Mario Martinez and Aran Urlacher shearing their experiences and knowledge.