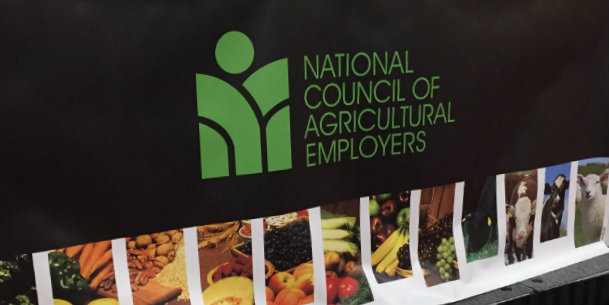 The agriculture community is being impacted by the four S’s: satisfy, stretching, substitution and supplementing, according to an agriculture economist who spoke Nov. 29 in Las Vegas, Nevada, at the fourth annual Ag Employer Forum conducted by the National Council of Agricultural Employers.

“Most farmers believe that the supply of labor inside U.S. borders is fixed or inelastic, so that higher wages will not attract more farm workers,” Martin said. “Instead, offering benefit and bonuses can help ‘satisfy’ current workers and keep them in the farm workforce longer. Training first-level supervisors can reduce favoritism and harassment.”

Martin said “stretching” workers means increasing their productivity. Most fruit and vegetables are over 90 percent water, and workers spend much of their time carrying harvested produce down ladders to bins or to the end of rows to receive credit for their work. Small trees mean fewer ladders and faster picking, and dwarf trees reduce the need to fill 50 to 60 pound bags of apples or oranges from tall ladders. Slow-moving conveyor belts reduce the need to carry produce, making harvesting jobs more attractive to older workers and women.

“Substitution,” Martin said, is replacing workers with machines. Many fresh fruits and vegetables are fragile, and human hands are gentler than mechanical fingers on grapes or peaches. Machines are fixed costs and workers are variable costs, meaning that farmers must pay for a $200,000 harvesting machine whether there are apples to pick or not, but they do not pay wages if storms or disease destroy the apple corp. Some farmers are switching away form labor-intensive corps, as from raisin grapes to almonds.

“Supplementing” the current workforce with H2-A guestworkers means trying and failing to recruit U.S. workers, providing free and approved housing, and paying the the Adverse Effect Wage Rate (AEWR), $12.57 an hour in California in 2017. The Department of Labor certified over 200,000 jobs to be filled by H2-A guest workers in 2017, including 15,000 in California.

“There are a million year-round equivalent jobs on U.S. crop farms, and H2-A guest workers may soon fill 20 percent of them,” Martin said.

“The mix of more imports, mechanization and guest workers will be shaped by government policies over the next decade,” Martin said. “NAFTA renegotiations may change regulations on imports and fresh produce. More immigration enforcement could raise labor costs, spurring mechanization where possible and encouraging changes to less labor-intensive crops.

“Reducing employer recruitment and housing obligations and the AEWR could encourage a switch to H2-A workers,” Martin said. “If guestworkers expand to be a third or half of the farm workforce, there could be a return to the Bracero era, when most farmworkers were solo males who lived in camps controlled by the farms where they worked.”

The NCAE Forum continues through Dec. 1.