“The combination of three awards for me is an incredible honor because I know there are a lot of good extension programs out there,” Haviland said.

In addition, Haviland just completed a two-year term as president of the Association of Applied IPM Ecologists.“This is a professional society for growers and pest control advisers who are advocates of integrated pest management,” Haviland said. “I was elected president of an association of my clientele, the people I’m here to serve.”

While Haviland is providing pest management solutions for farmers, he is also adding to UC Cooperative Extension’s value to the community of Kern County and California. For example, after two years of research and extension in almond pest management, pest control advisors who participated in one or more of Haviland’s activities reported a 25% increase in using a new ‘green’ technology called mating disruption for navel orangeworm control. Mating disruption reduces pesticide use, helping to safeguard an abundant and healthy food supply. 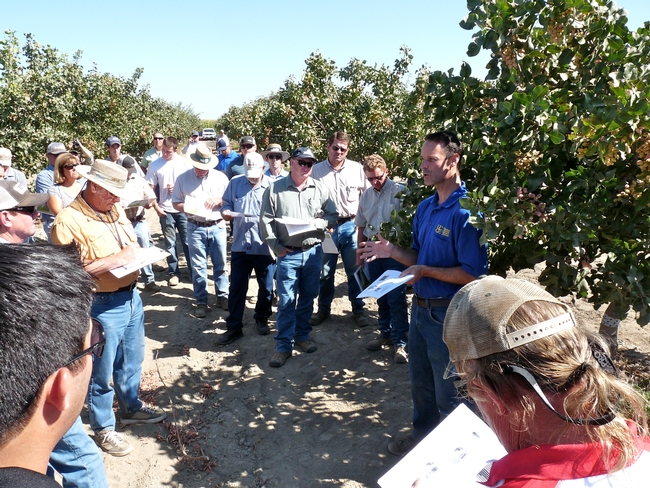 When spotted wing drosophila invaded the southern San Joaquin Valley, cherry growers lost tens of millions of dollars. Haviland responded by developing field data on pest phenology, chemical controls, and the effects of pesticide degradation of the efficacy of control programs. He combined this information into guidelines that he taught to cherry growers. Using these guidelines saves cherry growers in Kern County millions of dollars in averted losses annually, promoting more economic prosperity in the region.

Haviland devoted his career to UCCE. After a two-year mission in Buenos Aires, where he learned to speak Spanish fluently, and a bachelor’s degree in zoology at Brigham Young University, the Salinas native joined UC Cooperative Extension as an agricultural assistant at the Monterey County office in 1997. There he worked with academics in entomology, plant pathology, weed science, soil science and viticulture. 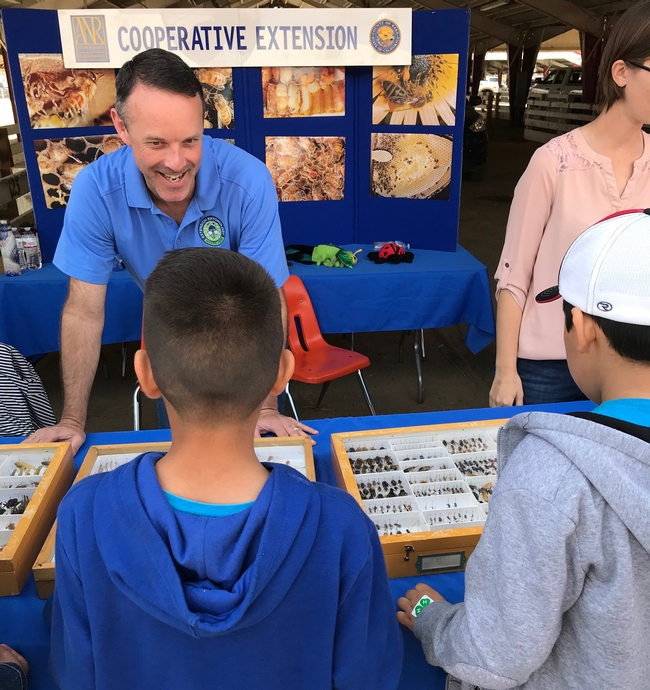 “Before that job, I wasn’t clear what UCCE was,” he said. “I was shocked that there was such a thing as a career that allowed you to study insects, work in agriculture, do research, teach and get paid for it. All those things fascinated me and were part of my skill set.”

Knowing that a farm advisor position requires a master’s degree, he moved with his family to Davis, where he undertook coursework in plant protection and pest management. During his last semester, a unique position at UC Cooperative Extension became available. Haviland applied and was offered the position as the Kern County entomology advisor affiliated with the UC Statewide Integrated Pest Management Program. He began work in Bakersfield the day after his master’s thesis was signed in July 2002.

“I was really excited for the job,” Haviland said. “I was excited to be a farm advisor in a big agricultural county. And also, the Statewide IPM Program gave me a peer group in entomology to help me early in my career. That was invaluable.”

The 2019 WEDA award recognized teams that were assembled over 15 years to help Kern County growers respond to invasive pests that were threatening California agriculture. Teams were created to address a variety of pests, each requiring a different expertise.

“For spotted wing drosophila in cherries, we needed entomologists and a pomologist. For sharpshooters in grapes, mealybugs in pistachios and navel orangeworm in almonds we responded using teams of commodity advisors, IPM advisors, UC specialists and industry stakeholders, including commodity boards,” Haviland said. “We also formed a team to train farm labor contractors about pesticide drift so they could train fieldworkers on how to be safe at work.” 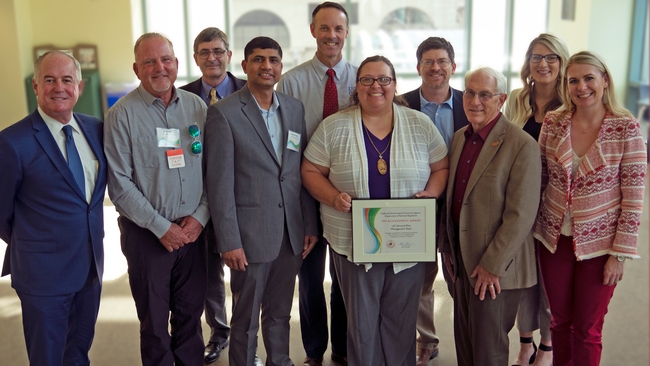 Haviland is also active in the Almond Pest Management Alliance Team, which received the 2019 California Department of Pesticide Regulation (CDPR) Integrated Pest Management Achievement Award. For more than a decade, the team conducted research on navel orangeworm, spider mites, leaffooted bug and ants that laid the groundwork for IPM adoption.  For the past three years, they put these IPM practices on display using eight demonstration orchards across the San Joaquin Valley as part of a CDPR Pest Management Alliance Grant. 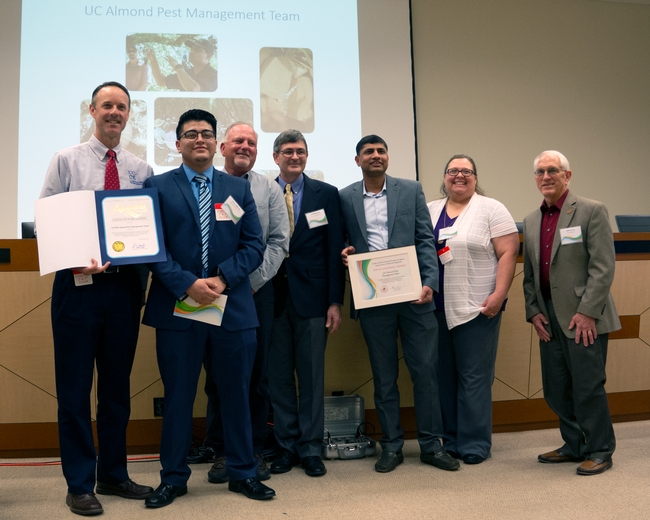 In teaching farm labor contractors, and in other capacities throughout his career, Haviland said his Spanish fluency has been an excellent tool.

“People who work in the agricultural industry are most likely to find Spanish-speaking field workers,” he said. “Instead of training supervisors in English, and having them translate materials, we are training workers in their own language so they can be as proficient as possible.”

Now that he is in the second half of his career, Haviland said he is serving as a mentor to new advisors, providing knowledge and support that were so important to him when he was first hired.

“I had some fabulous mentors who did everything in their power to give me a quick start to my career,” he said. “Now it’s time to do my part.”

For the past two years, Haviland has worked with young entomology advisors by creating a pest management alliance project that secured funding for large-scale regional almond projects across the Central Valley. These types of projects provide funding and support that can launch new advisors into successful careers.